There was a lot of crying’: youngest Booker prize nominee on writing her first novel.

“The author made headlines this year after becoming the youngest person to be shortlisted for the Man Booker prize with her debut novel Everything Under. Iman Amrani speaks to her about her book, which has been described as a feminist retelling of a well-known myth, which plays with the boundaries of reality and the supernatural  This interview is part of a series called Fresh Voices, presented by Amrani” 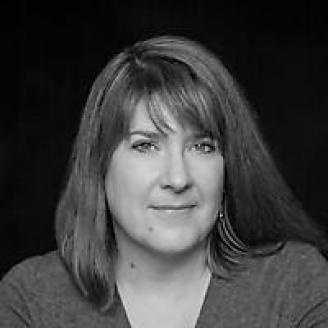 Beta readers. Some belittle, some won’t admit to using them, some praise them. I fall into the final category. While I’m willing to concede beta readers are not for everyone, I am going to champion them here. I have a two-tier system. My long-suffering husband is my initial beta reader/listener. After a draft gets past him, I bring it to my writers’ group.

I‘ve been in a small writers’ group for five years that meets every fortnight. Before we formed, I had not submitted any creative writing, while the other two members each had one win, one placement and a couple of listings. Since then, between the three original members, we’ve racked up 224 publications in more than 80 outlets, 61 wins/placements in competitions, and made 55 appearances. Clearly it is working for us.

Each of member brings something unique to the table. We recently brought in a new member—a male poet—who gives an additional perspective that previously we lacked. As well as constructive criticism, scheduled meetings are an excellent way to push new work production. I particularly enjoy having this ‘safe space’ to be experimental and know that they group won’t let me away with anything.

While the image of an author toiling alone in a garret is romantic, having a trustworthy group that forces you to get out into the world is a good thing. I know how fortunate I am to have found that mysterious alchemy in my writers’ group, but even a single beta reader can really help to hone work.

Read about Marie’s publications and awards on the blog.

“In May 2016 I won the Inaugural Warden’s Prize for Public Engagement in Doctoral Research at Goldsmiths. The award reflected the way my doctoral studies into Mesopotamian literature and my retelling of the Babylonian Epic of Gilgamesh(forthcoming from Carcanet Press as Gilgamesh Retold in 2018) were able to ‘engage the public with research that moves away from an old model of public understanding towards a more dynamic, two-way model of dialogue, collaboration and consultation’ (Research Councils UK, 2016) …” Read the full blogpost at “Promoting poetry through public engagement”

MSt alumnus James Ellis’s novel The Wrong Story has been published by Unbound.

“After falling from a car park roof, cartoonist Tom Hannah is left with partial amnesia and the feeling that something important is missing from his life. His journey to recovery is hampered by a growing inability to distinguish between real and imaginary events. The characters from his cartoon strip assume a grimy reality, while the lives of his family and friends appear ever more unreal.

The Wrong Story is about the borderlands between memory, imagination and the real world. It is about the desire for self-determination and the obligations on a responsible creator. But mostly it’s about a man who falls off a roof and wants to know why – was it an accident, did he jump, or was he pushed?”

It feels great to see my first novel published. I’m happy, excited, proud and relieved. It has an ISBN, a shipping weight, it occupies shelf space. It’s a book. What began with a few doodled notes in Rewley House developed into an MSt year two project and ended up as an 80,000 word paperback.  Along the way it was pitched, rejected, picked up, crowdfunded, drafted, edited, proofread, printed and distributed. So yes, it feels great.

But being ‘out there’? That can be scary. People might read it. What would their reviews be like? The rankings? It has talking animals in it! I readjusted my thinking. The published book is not my story any more, the one I nurtured for two and a half years. It has independence. It is complete. It is rubbing shoulders (or covers) with all the other novels that are out there. My feeling now is that it should stay out there for as long as possible.

For more information on The Wrong Story and to buy it, go to Unbound.

I graduated from the MSt in 2014, and took another eighteen months to finish my first fiction manuscript. It involved a few dramatic decisions (saving hard for a year so as to afford a six month break from work; leaving the country; writing full-time) but in January 2016 I found myself submitting query letters and partial manuscripts to agents in the UK. Six weeks later, I was signing an Agency Agreement with Sue Armstrong at Conville&Walsh. It’s been a fantastic process, but a real learning curve, particularly in some of the following areas:

Alex Coulton graduated from the MSt in Creative Writing in September 2014. In July 2015 she gave up teaching to focus on her writing. ‘Worse Things Happen At Sea’ is her first fiction manuscript, and she is now represented by Susan Armstrong at Conville&Walsh.

I completed the first draft of my new book almost exactly a year ago. For the last twelve months, my writer’s life has been one of editing and proof-reading, punctuated by meetings with marketing people and a belated education in the ways of social media. Apparently, it’s all about the hashtag these days. (My last trade book was published in 2008, a lifetime ago). With all due respect to Oxford University Press, for whom I’ve done a study guide, I have not written a single creative word.

In the past, I have moved onto a new project as soon as I handed a finished manuscript to my publisher. I loved the sense that whatever was happening to that manuscript, I was making something new. (I can’t say it made production problems or harsh reviews any easier to bear, but at least they were not the only thing crossing my desk.) But not this time. I tried pretty much everything from buying a new notebook (don’t laugh, it’s worked in the past…) to a lone cycle ride from St Emilion to Barolo. The notebook remained almost untouched, and all I acquired en route from Bordeaux to Piedmont was an even greater love of really good wine and a new appreciation of anyone who cycles – rather than walk – up the Colle di Sestriere.

The final throw of the dice was to take myself off and do something completely different, during which time I would honestly contemplate the possibility of Never Writing Again. Here’s what I wrote in the midst of that experience:

I have not had a cup of coffee for weeks. Nor have my lips touched wine. Instead, I breakfast on jasmin tea, with fruit and small pastries bought from a stall in the market across the road, and not just any road – the terrifying National Road 1, the embodiment of anarchy. I sip my tea while a couple of fishermen lazily search the ponds below me. The sun rises, and the cool, fresh early morning disappears. END_OF_DOCUMENT_TOKEN_TO_BE_REPLACED

MSt tutor Roopa Farooki is one of six authors on “Writers on the pain of hindsight in publishing: ‘It’s like a bad breakup – you have to move on’“, published in the Guardian, 9th November 2015.

MSt tutor Roopa Farooki’s piece on her novel Londoners and on being inspired by Joyce has been published in Collected, the weekly series of articles by Royal Literary Fund’s writers edited by James McConnachie.

One of my students very sweetly nominated me as a ‘Mulberry Bush Women of the Year 2015’ and I was duly invited to lunch at Balliol. I was surprised and grateful to be nominated as the nominees are chosen as a mark of admiration for the way they have improved the lives of others and inspired them.

This was the fifteenth Mulberry School Women of the Year lunch which in the past has featured speakers such as Baroness Scotland, Nicola Horlick and P.D. James. The event is a way of fund-raising for, and raising awareness of, the achievements of the Mulberry Bush School which gives hope to children who have experienced high levels of domestic violence and neglect.